Being born and bred in Wollongong, on the South Coast, now two hours south of Sydney I am rather fond of this region of NSW. I lived there the first 8 years of my life, then returned when 18 and lived another 4 years, then again, later on, to care for my elderly mother in my 30s for another 5-6 years. So…I kind of know the area well, have watched it develop from a small town in the 1970s to a reasonably large city of 200,000 as at June 2017. For many years I have commuted to work in Sydney, a long journey due to all stops and a slow train network…but regardless I never tire of the amazing scenery, and as for the coastal beaches and free rock pools/open sea pools they are so healthy and spectacular to swim in on the hot summer days!

Last year when I spread my mother’s ashes I placed some in the Wollongong Rock Pools where I had many happy memories from the late 1960’s/early 70’s spending hours with my mother and father exploring those rock pools. The poem Your Ashes in my first poetry book: Modern Times: Urban Realities on Amazon: http://amzn.to/2kedFXG is about this:-)

Then moving further South of Nowra you start to see more bushland but combined with more and more coastal views. Ulladulla itself is a lovely, quaint little fishing town where families like to holiday and young people wanting to escape the rat races of Wollongong and Sydney go for weekends fishing and just hanging out at the beach or eating inexpensively (versus city prices) at the great seafood restaurants

So…here are just a few glimpses of a totally different part of New South Wales than the big city life of Sydney. It is one which I love to return to from time to time to remind me of down to earth values and a simpler way of living than the fast-paced inner life which I also love, offers…

Wollongong Harbour with lighthouses and rainbow (post-thunderstorm) – there were actually 2-partial rainbows intersecting, something I have never seen before or since 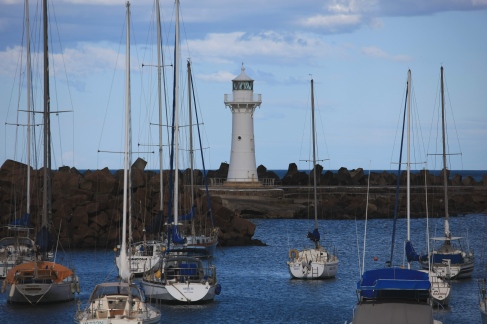 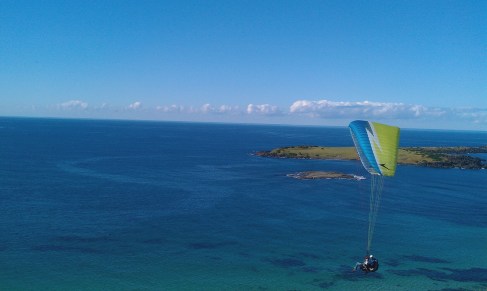 Great view of gliders (not me) – taken in spring time

At one time gliders only went off Stanwell Tops, now they go off this place too, Port Kembla Lookout. Just beautiful to watch and photograph…

In January and February in high sea periods, the waves crash over you as you do your laps in the far swimlane:-). It is very salty and cold all year round! I learned to swim here as a 7-year old and it is still my favourite pool anywhere in the World. Next time I am there I will take more photos. When you are swimming and sun baking outside the pool you are looking at 180-270 degree panoramic vista of beach stretching all the way to Bulli-Woonona on a clear day. I have travelled heaps since then and swam at some lovely locations but this is one of the best:-)

Sign outside the Continental Pool – I took it because Wollongong City council is notorious for rules & regulations. Also, I find signs interesting because often they either go too far or have some element of miscommunication in the message. I will do a blog later on of funny, mistranslation signs around the world!:-)

We are very fortunate – this looks like summer but was taken in  unseasonally warm and sunny May (late autumn!) – HTC Desire HD smart phone camera only!

Took this since I wanted to depict the glider as a kind of jellyfish, I got underneath so to speak and took it looking up

Looking towards Wollongong’s SKM infamous stack. I worked here for a year as an Analytical Chemist, in what was effectively a Copper furnace. There used to be Sulphur fumes as you went into your shift work – it felt like a Dr Who set for TV! Inside there was an X-ray fluorometry machine for dry analysis. It was positioned right underneath the water sprinklers in case of fire…At one stage the furnace blew up! Thank God I was not on that shift but it meant no work (pay) for a few weeks. What was really meaningful about this place is it enabled me to earn the money to move to Sydney, undertake postgraduate studies and have the career I have had since then:-)

After many years environmental pressure by locals caused the plant to be closed down permanently. It was supposed to be knocked down but I believe it still stands…

Another scenic view looking down from Hill 60 Lookout

The long and beautiful Port Kembla Beach – many memories of childhood with our family and dog walking along here. Later on as an adult and with friends, walking in all weather day or night. At night you sometimes see electric fish and also you can get these kinds of dangerous eddy current (inverted waterspouts) in the later afternoons. Its a beach you always swim between the flags! Years ago they had really big sand dunes until the mid-70s. Then they got mined and shipped to Japan I think…Before that, as kids, we would slide down on trays and have the most fun ever!

Tops of gliders as they nearly collide -we heard them shout out to each other with warnings!

Seashells in the sand – close up 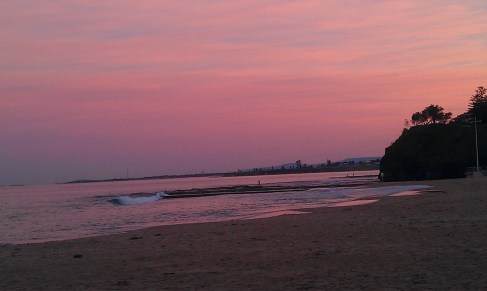 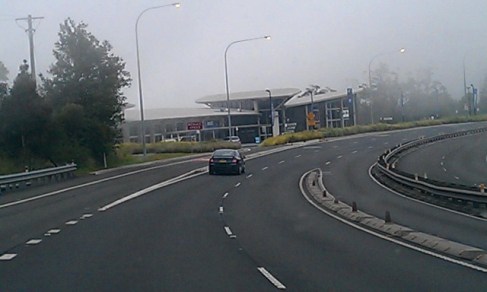 The move back up to Sydney – driving to get another load, near Bulli Pass

Taken in late Spring – note that at this part of the freeway from Sydney to Wollongong the engineers on designing the freeway forgot to take into account the natural fog belt that occurs at all times of the year. Sometimes when I have driven down at Christmas-time it is so densely foggy I have had the hazard lights flashing, driving at slow speed, only able to see about 3-4 metres ahead. In winter the winds and driving rain increasingly prevalent and heavier with climate change make the road almost impossible to travel. In high summer the road has sometimes been cut due to 1000C+ bushfires (1994 and since a couple of times) raging by the freeway and melting the signs into liquid! One thing is for sure…Australia is a beautiful but sometimes harsh and diverse weather environment 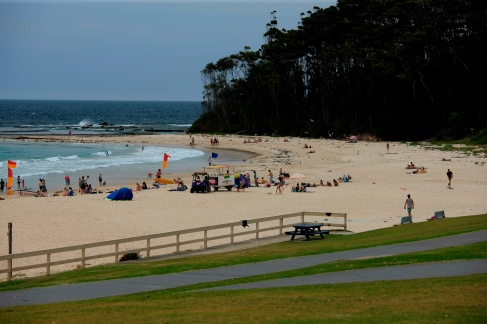